Preparing to Teach the Internet of Things

Preparing to Teach "The Internet of Things"

Registration for this track is now CLOSED, but you can add yourself to the “wait list” and be notified if and when space opens up. Simply make the “wait list” option your primary choice when you register. While you are on the “wait list” you will be enrolled into your alternate track choice.

Description
The Internet of Things and the Internet of Everything (IoT/IoE) is the network of physical objects or “things” embedded with electronics, software, sensors and connectivity to enable it to achieve greater value and service by exchanging data with the manufacturer, operator and/or other connected devices. Each thing is uniquely identifiable through its embedded computing system but is able to interoperate within the existing Internet infrastructure. This course will prepare students to install, configure and maintain these devices.

IoE/IoT implies the idea of a totally connected environment where computer technology can assist in the management of the residential and commercial environments. The management tools can be programmed or directed to distribute both incoming and outgoing Internet data, audio/video streams, lighting and environmental controls.

The control and management of IoT/IoE systems can go from simple to complex depending on the needs, ability and budget of the particular environment.

IoT/IoE systems require a number of diverse components to work together. Components such as the audio/video systems will integrate into the data network (media servers/clients for example). But, even though a complete integration solution might be the ultimate desire, much of the technology implementations can be built and controlled as independent modules that are connected to various appliances and devices in the home.

There are six major categories of IoT/IoE technology systems that the class will be working with:

Developing and deploying meaningful and quality hands-on IoT/IoE assignments for students can be challenging. Issues such as types and costs of IoT/IoE sensors, software licensing, space considerations, increasing student time on task and allowing enough access to a lab environment are just a few of the challenges faced by instructors wishing to teach IoT/IoE. These and other challenges will be addressed in this flexible hands-on class.

This course will have participants “get their hands dirty” by walking through various lab assignments in support of IoT/IoE technologies. Labs will consist of both “high-touch” and virtual. All of the exercises demonstrated and performed during this course can be done in a typical networking classroom/lab (such as A+, Network+ or Cisco). 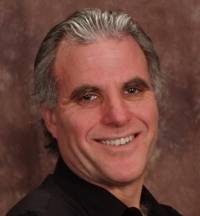 Bill Saichek has worked in the computer industry since 1976 and has been a professor teaching networking, communications, operations and security classes since 1991, most recently at Orange Coast College in Costa Mesa California. He has also taught networking and communications classes for Chapman University, El Camino College and Long Beach City College. He holds Bachelors and Masters of Science degrees in Computer Science from the University of California, Irvine and holds several networking certifications. He has given presentations around the country on teaching networking topics as varied as Cloud Computing, Voice Over IP, IPv6 and the Internet of Things.

Three Objectives
1. To gain a perspective on “The Internet of Things” and how its cross-discipline focus is changing the IT paradigm and how we are finally on the path to a “converged” network.
2. Provide participants with an in-depth, hands-on, interactive lab experience using labs that have been (and are still being) developed in the various aspects of IoT (see below for a list of some of the labs).
3. Prepare instructors to include IoT activities into their IT and Networking curriculum and to assist them in implementing their own IoT course offerings.

Labs That Are Directly Related to the Internet of Things
* Setup a wireless (and wired as well) network on a “residential” network and implement OpenVPN access using DD-WRT routers.
* Build NAS servers (using open-source FreeNAS, Open Media Vault and XPEnology) and connect them to the “residential” network.
* Build a small VoIP environment using Asterisk and connect it to the residential network.
* Build a Media Server (using Plexserver) and access content using a variety of devices from both inside the residential network and from the Internet via the VPN.
* Setup and configure a Lighting Control system using Phillips Hue, Sylvania Osram, GE Link and LIFX lighting onto the residential network and control from iPads and Android devices.
* Setup and configure “Smart” thermostats (Nest, Honeywell, Lenox, etc) and allow for access over the Internet.
* Setup smart door locks (Kwikset and Schlag) and doorbells (Ring)
* Setup a surveillance system on the residential network using inexpensive IP cameras and free PVR software (such as iSpy and Camera Viewer Pro). Additionally, the cameras can be viewed over the Internet using iPads and Androids.
* Setup and configure home control systems using iPads and Android devices
* Develop custom “activities” using microcontrollers such as the Samsung SmartThings hub, Amazon Echo and on Raspberry Pi computers

Day 5:
Review of Labs and Materials
Wrap Up Discussion

Please note that content is subject to change or modification based on the unique needs of the track participants in attendance.

Except where otherwise noted, content on this wiki is licensed under the following license: CC Attribution-Share Alike 4.0 International