Preparing to Teach the Internet of Things

Keynote - "Google IT Support Professional - Where Does It Fit In?" 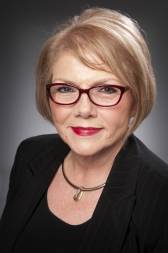 Ann has corporate experience at Rockwell, Raytheon and Novell; and she has led her own consulting firm, created and taught in one of the first networking degree programs in Texas, and previously managed IT-related divisions and grants ranging $1-$20 million in community colleges in Texas and California. Prior to her current position, she was Vice President of Academic Affairs for Porterville College, responsible for all instruction at the college, and prior that she was a Dean at both Orange Coast College in California and at Collin College.

Among other things, Ann is known for effectively bringing together business and industry using a streamlined process to identify with them the knowledge, skills, and abilities (KSAs) they predict will be needed by “right-skilled” job candidates in the future. She then works with faculty to align curriculum such that those who complete certificates and degrees in IT have the knowledge, skills, and abilities that will make them readily employable in high-paying IT positions. Ann holds a PhD in Community College Leadership from Walden University, a MS in Computer Science from Florida Institute of Technology, and a BS in Math from Oklahoma State University.

Except where otherwise noted, content on this wiki is licensed under the following license: CC Attribution-Share Alike 4.0 International